The Impact of Chemicals on the Product Life Cycle

One of the most frequent questions I hear from people outside of our industry, particularly those with environmental concerns is, “Why do you have to put chemicals on the poles to begin with?” The common belief is that these chemicals, which are really derivatives of pesticides, will have significant negative effects on both humans and the environment.

It’s not as harmful as one may believe; it plays a significant role in extending the life cycle of a renewable resource.  To recognize the true impact, it’s important to understand how much and why chemicals are used in the process.

All major pole producers abide by manufacturing standards developed by the American Wood Products Association (AWPA). This association, composed of scientists, academics, and industry personnel, collectively establishes the amount of chemical required during the manufacturing process to maintain the proper functioning of the pole. Per AWPA standards, the typical pole is impregnated with chemicals that, depending on tree species, penetrate less than four inches of the entire diameter of the pole. Given an average-sized pole based on industry standards, this means that less than 5 percent of a pole’s entire mass receives chemical treatment, a relatively small fraction.

Chemicals help extend the pole’s life span by protecting it from things like fungi or termites—basically, any organic thing that might feed off the wood and lead the pole to rot out and fall apart. If the poles went untreated, they would rot out so quickly that they would become much more likely to break, especially during inclement weather – creating extremely difficult situations for vendors, utilities, and consumers.

Consider too how this would impact the environment: if poles only lasted five to ten years, as opposed to decades, that would dramatically increase the amount of timber needed to supply these poles – roughly four times the amount harvested today.  Add to that the changes in environmental impact caused by the decline of sequestered carbon in the forest, as well as the effects of logging and manufacturing to increase output, and the overall result is that chemical usage actually does more to help preserve our environment than to harm it.

This isn’t to say today’s chemicals will be the best process for the future. The idea of cleaner, more eco-friendly preservatives is being explored which could replace current processes that extend the life of a utility pole. Learn more about how the utility pole life cycle impacts the commodity industry here. 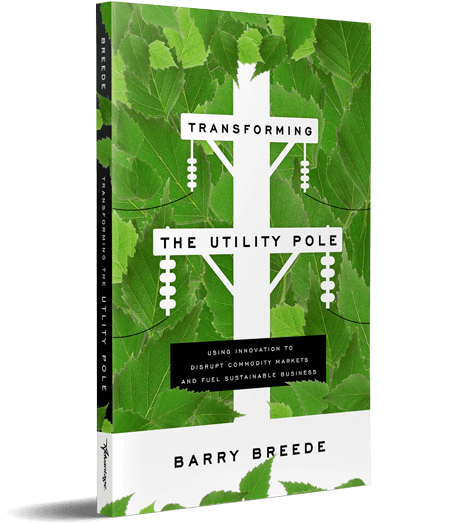